From July,6th on, 180 Norte will be organizing a new online summer league -inpairs- where not only the best players in Asturias, but also from León and Zamora will struggle to do their best and get classified for the AGD National Championship. Enrollments till July, 2nd. 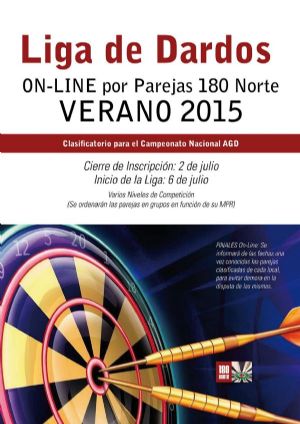 Both the 180 Norte Individual Tournament and the Spring Darts League Finals will be held at Villa de Gijón Hotel on June, 27th and 28th. 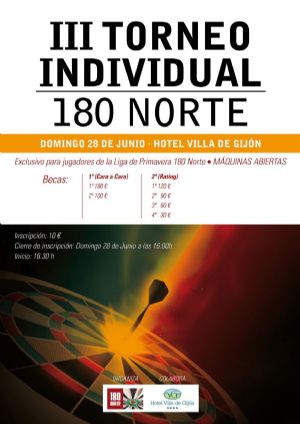 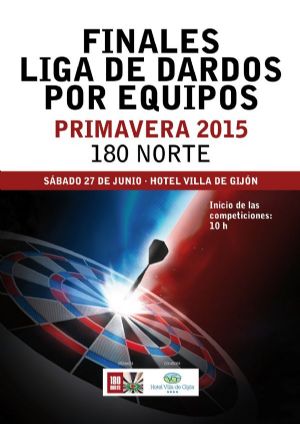 The Springtime League is back!

The 180 Norte Springtime League 2015 is about to start. On this occasion, around 100 teams will be trying to do their best to classify for the next National Winter Championship (venue and date still to be confirmed). The Finals will be played on June, 27th.

The organization of the tournament would like to thank both clubs and players for the confidence placed on the best dart tournament.

Both the 180 Norte Autumn Darts League Finals and the Autumn League Play-Offs- organized by 180 Norte- were held on Saturday, 31 of January, in the premises of Los Balaguares Golf Club.

The tournament organization would like to thank the effort made by both players and arcades throughout the league. It would also like to show gratitude to the management and staff of Balaguares Golf Club for their help and support during the competition.

Bellow you will find the honor roll and the teams classified for Radikal Darts International Tournament, which is going to be held in Segovia, from May 8th to May 10th-

Prior registrations can be made in their corresponding arcades, before September 22nd. Furthermore, teams have the opportunity of participating in the virtual league and win relevant grants.

OVERALL CLASSIFICATION OF THE SINGLE TOURNAMENT

The 180 Norte Single Tournament was held in Mieres on February, 9th.

This is the ranking of the Virtual League held in Mieres on February, 8th and 9th. 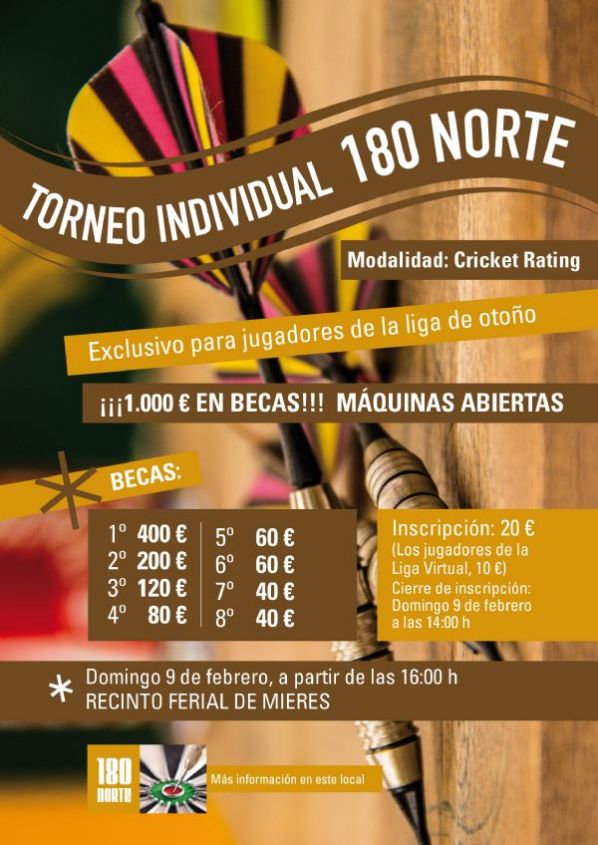 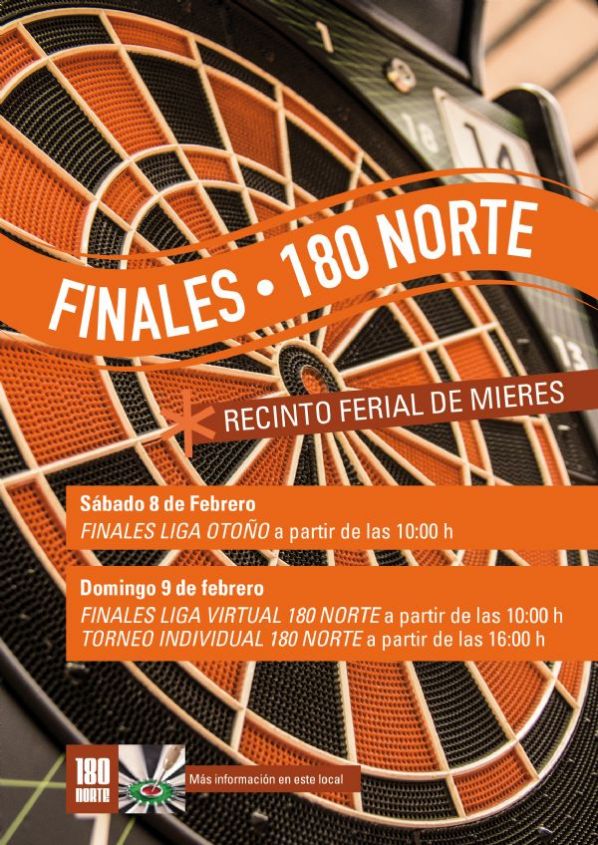 Xurde, from Ujo, won the Online National Tournament Finals (level II)  held on Suday, Novermber 3rd. His next challenge will be the National Cahmpionship, which will be held in Benidorm in just four weeks. 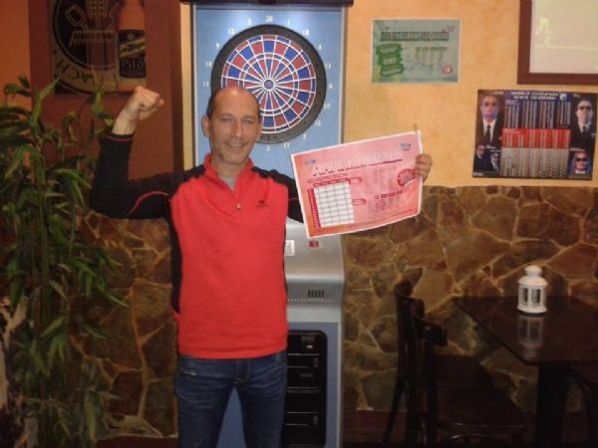 The 180 Norte Asturias Championship was held on Sunday, June 30th. Pevida, from Gijón, achieved victory and became Asturias Campion 2013. Bellow you will find the overall classification of this Regional Tournament.

Once the Autumn League is over, the team darts competitions continue. This time, with the imminent commence of the Spring Darts Team League 2013.

This league will be undertaken very similarly to previous editions, despite 180 Norte introducing some minor changes, as always, with an eye to improving the competition, taking the players into account, and without affecting any of the sporting grants.

The trip to the national darts competition that the participating teams opt for, will be selected in November, in an as of yet unconfirmed location.

All you need to do if you wish to participate, is call by one of our premises or get in touch with us. The competition will start on 25th February and the registration period closes a week before, on 18th February.

LIST OF PLAYERS CLASSIFIED FOR THE TOURNAMENT FINALS (MADRID 180 NORTE)

This is the Ranking of the Three Wise Men Special Tournament: 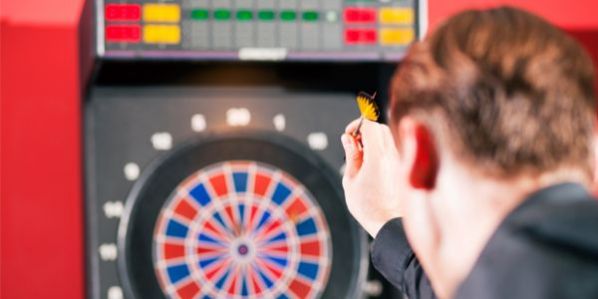 Misdardos.comemerged as a communication platform where darts fans were able to keep up todate with the latest news about this game. Our team works to inform visitors tothe portal about all the news, events and tournaments held in Spain.

Visitour website to discover your nearest premises, where you can participate in amisdardos.com tournament and reveal your skill for the game. Don't miss thechance to join a misdardos.com community and share your championship photos andvideos with your friends. Live out all the excitement of this sport with us, weare waiting for you.

Don't miss thebest moments from our tournaments and download the photos and videos from thelatest games on misdardos.com. Enter the gallery to watch every moment andnail-biting throw from all the events held.